Schedule an appointment with us

Please complete the form below to arrange an appointment with one of our engineers. For all other enquiries, please use our contacts page

Heating your home the economic way 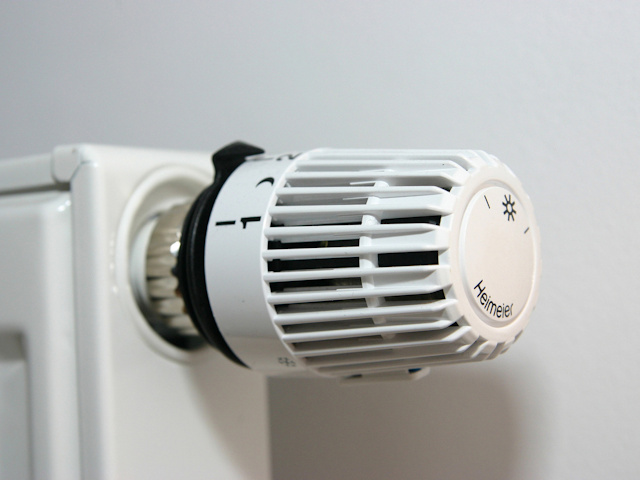 What are the options?

There are various methods that can be used to heat your home in the Canries.  Each has its own pros and cons, but which one is the best? Well, if we determine the best option as the option that costs the least to operate we have a few options.

Air conditioning is largely regarded as a cooling appliance, but most systems work in reverse and can heat. In fact they are actually more efficient at heating then they are at cooling. How efficient depends on the system itself, but it is typical that you can achieve somewhere between 300 – 600% efficiency. That is to say for every 1kW of electrical energy you consume, you get anywhere from 3 – 6kW of heat. This makes it much cheaper to run then all the other options. Most systems will operate with an outdoor temperature below freezing and cloudy days will not affect it. Installation is fairly unobtrusive, depending on the layout of the building and it has the added bonus of being able to cool in summer. The downside is it is one of the more expensive options, but the payback on electrical costs could cover that deficit in a relatively short time.

By far the least efficient option. In theory an electric heater cannot be greater than 100% efficient, in practise it lower than this and 90% efficient is more accurate. This means you get less heat energy out, than heat energy in. There are various types available, from Halogen lamp heaters, to resistive heaters, but they operate the same way and cost much more to operate then any other option. In Lanzarote this is a problem as typically the fuse ratings in houses are quite small, therefore most places cannot use more than one or two heaters without tripping the power. As a guide as to how inefficient they are, you could heat 5 rooms with air conditioning for less than it would cost to heat 1 room with an electric heater. They do have a positive though,t hey are cheap to buy, by far the cheapest option.

Cheap to buy, cheap to run, all you need is to change the gas bottle when it runs out. Seems to be the perfect solution, doesn't it? Well not quite. Apart from the obvious fire hazard, there are more serious downsides to using these types of heaters. They greatly increase the humidity in the room, which makes it harder to heat and makes the room feel colder. The increase in humidity can cause mould to form, particularly on ceilings and in the corner of rooms where there is less airflow. They are not great for your health either, particularly for people with breathing conditions like asthma. Gas heaters release harmful fumes into the air including, carbon monoxide, nitrogen oxide, benzene, butadiene and formaldehyde. If you do use one of these heaters, which we would strongly recommend against, then it is very important to install a carbon monoxide alarm in the room. Carbon monoxide poisoning can lead to permanent disability or death.

They look nice and create a great ambience in a room. Cost-wise they are about the same as air conditioning systems to buy and install, so in the higher end of this list. The running costs are similar too. As with gas heaters, it is important to install a carbon monoxide alarm with these types of heaters, although they are much safer than gas heaters if installed correctly. They must be regularly maintained for safe operation and it is important to use good quality pellets so harmful fumes aren't released.

Similar to electric heaters, they turn electrical energy into heat energy, meaning that they can never achieve anything higher than 100% efficiency. They store the heat energy in oil, which means they take a while to heat up and cool down. They are a better option than electric heaters, but cost about the same to operate, which is much more than gas, pellet or air conditioning.

In the last 10 years, air-water heat pump systems have become popular due to their extremely low running costs versus other central heating systems. They are only really a viable option for full house central heating. They operate in the same way air conditioning systems do but are much more versatile. There are three basic parts of the system, the outdoor unit, a hot water storage tank and head units in the room(s). These could be, convection radiators, fan coil units or underfloor heating. They can also be connected to supply domestic hot water and even heat a swimming pool. The Panasonic Aquarea system can directly connect photovoltaic solar panels, so during the day so hot water can be generated for free from solar power. All sounds good, doesn't it? The downsides are they are by far the most expensive system to buy and install but are cheap to run. The installation is difficult in finished properties, especially underfloor heating, but in new builds or refurbishments, they are a good choice for a heating system.

So what's best? Well, as with most things, it depends. We would strongly recommend against gas heaters. Air-water heat pumps we would recommend against in anything other than a new build or a refurbishment project, although in these scenarios, budget permitting, they are by far the best solution to an efficient heating system. Electric heaters and oil-filled radiators are very expensive to run, so if you plan on using them more than a couple of times a year you are better off with one of the other solutions (just not a gas heater). Pellet burners, look nice in a lounge but are not practical in every room. Air conditioning systems are far more practical as they can cool too, so are still useful in the summer. They are cheap to run, safe and can be installed in any room. They can also dehumidify and filter the air so are useful for properties with damp problems. In finished properties or apartments, air conditioning makes the most economical sense.