Schedule an appointment with us

Please complete the form below to arrange an appointment with one of our engineers. For all other enquiries, please use our contacts page

The right unit for you 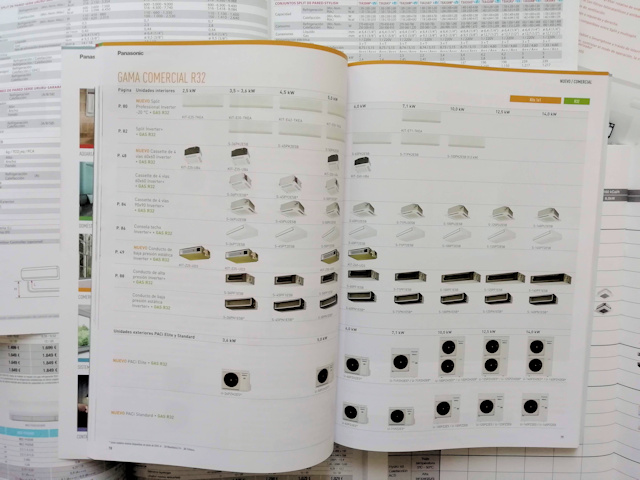 There are many choices available when it comes to choosing the right air conditioning system and the right system for you is dependant on many factors. It not as simple as saying that “system A” is the best on the market and that is the best you can get because it doesn't work that way. The best system for you is the system that meets your requirements best. The important things to consider when choosing a system are capacity, reliability, parts availability, efficiency/running costs.

A common misconception that bigger is better, a more powerful system will cool or heat the room quicker. This is not necessarily the case. A system needs to be sized correctly to provide the right amount of cooling or heating for the room it is installed in.

If the system is too small, then the temperature will not be controlled correctly and the system will work much harder to reach the desired temperature, causing much higher wear on components and eventually failure of the system. A system that is too large is worse than an undersized system.

If the system has too much capacity, then you get massive temperature swings in the room as the unit switches on, cools the air (not the room) to the desired temperature and then switches off. When the system switches off, the air immediately warms up again as the walls, floor, ceiling, furniture, etc is still warm, so the air conditioning starts up again and you get a cycle of on/offs, which is not only uncomfortable but also causes excessive wear on the compressor, eventually resulting in failure.

Reliability is often overlooked as not important as the cheap systems can just be replaced when they fail and it still works out cheaper than a higher range system. With air conditioning, this is not the case, as the systems are installed which means replacing them requires the old system to be removed and the new system to be installed. New pipework and cables may required as well, which adds further cost. Quickly the cheap system has become a lot more expensive than a reputable system.

The main reason most systems fail in Lanzarote is due to the harsh climate, the case degrades quicker than normal, so poorly constructed system rust or corrode quite quickly, even if they are not being used. Plastic casing are better, but they still go brittle and break and they still have metal heat exchanges (normally aluminium) which also degrades quickly if not treated. Most of the cheaper systems do not have treated heat exchangers and so fail normally in less than 5 years.

Many of the lower range systems do not have spare parts readily available, even some of the higher brands are difficult to come by. This may be an expensive problem if a failure occurs with the system. If it is not possible to acquire the part required, then the whole system must be replaced, plus the cost for re-installation, it quickly adds up to more than a higher range system would have cost originally. If a failure occurs and parts are available then it is almost always cheaper to replace the part rather than the full system.

Until 2013, manufacturers used a nominal value to measure their product’s efficiency (EER and COP) this wasn’t an accurate representation and a large percentage of the systems on the market were “A-rated”. A more accurate method, the ‘seasonal efficiency’ ratio (SEER), has been developed, which gives a better measure of the real-life energy efficiency of systems. Seasonal efficiency indicates how efficient an air conditioner is when operating over an entire cooling or heating season (giving a more realistic efficiency measure). You can read more about this in our SEER article. The difference between an “A” rated and “A+” rated could make a substantial difference to running costs on a system that gets a lot of use. We recommend you get the highest rating possible and along with reliability make this a priority.

What the best brand?

In our experience, we would split the brands into three categories. The top brands, mid-range and budget brands.

In the top brand's category, we would include Panasonic, Daikin and Hitachi. Panasonic for us are the brand we would recommend as their systems are well built, quiet, reliable and efficient. They also have excellent customer service and after-sales care in the Canaries, so if there is a problem we can rectify it quickly with them.  Daikin systems are also very good, maybe even slightly better than Panasonic, but on recent models, the outdoor units tend to corrode after about 1 - 2 years. It's mainly cosmetic wear, but it does let what otherwise be the best systems down. We don't have much experience with Hitachi, but from what we have seen they are also very good. They have similar specifications as Daikin and Panasonic but are very expensive.

In the mid-range categories, we would choose LG, Samsung, Fujitsu-General, Mitsubishi electric and Haier. These are all decent systems, but are mostly let down by reliability.  Especially LG which the is brand we repair the most often, with Samsung in second place. Haier, although technically they should be in the budget category, we have found to have good reliability they are just not as efficient and noisier than the higher range options.

The budget category is everything else. A lot of the lower range systems are typically rebranded units from Chinese manufacturers. Carrier, for example, are rebranded units. We wouldn't recommend anything in this category for the reasons mentioned earlier in this article.

The correct system depends on your requirements. If you want to install a system or systems in a holiday villa, then it is worth spending the extra on a system which is reliable. A lower quality system will be more likely to breakdown and if there are guests there they will not be happy not having air conditioning if they have paid for it, especially in the summer months. It is also important that the correct size is fitted, this will depend on heat sources in the room (windows, heat-generating appliances, etc) as well as the actual room size. Efficiency should also be a concern. In rental properties, it is not as important if coin meters are fitted, but if you have many other appliances or a pool heater, then it may be if you are close to your power limit.